Who do you want to be(come)? 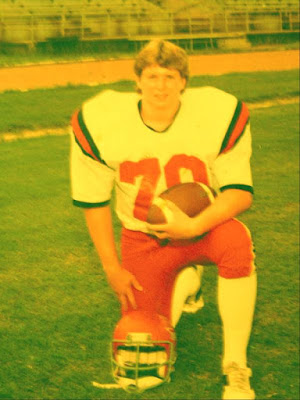 A long time ago... in a galaxy seemingly far away... I wanted to be a player in the NFL.  I dreamed of being a linebacker, who was notorious for destroying the running game and making continuous interceptions. I wanted to be the one guy who was so good, he ended up playing at least a season on EVERY NFL team! ...now I realize that playing on every team would have meant that I was so bad that I was constantly being traded.  And I wasn't even the best of the best playing for the West Monroe Rebels.

That dream faded when my love for non-conformist, yet surprisingly commercial, pop music sprang up within me, and I wanted to be the singer in an English New Wave band.  Only it turns out I wasn't English... nor could I really sing very well.  But I totally dressed the part, though. 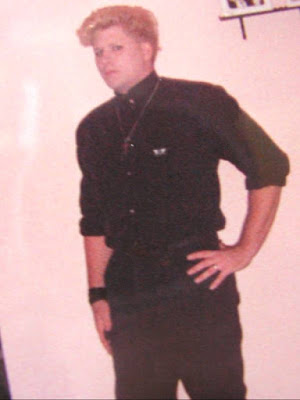 That gave way to who I REALLY wanted to be.  My athletic side collided with my artsy side in the Land Where Sports Meets Entertainment - yes, I wanted to be a professional wrestler!  Sorry, not posting a pic of me in wrestling trunks (aka a Speedo).

Along the journey, there were other things I wanted to be.  And I gave each one a shot.  Even "real jobs" like retail and management.  For a while, it was great chasing a dream, but I would always end up with a sense of  being unfulfilled.  Perhaps this helped develop my iconoclastic philosophy of "experiment, and if it doesn't work out, try something else."

Then... to borrow a phrase from a mentor of mine who has a similar (yet very different in the details) story to mine... I fell into being a pastor.

I say "fell into" because it wasn't part of my plan, it wasn't what I wanted to do with my life.  A pastor was not who I wanted to be.  In a season of soul-searching, I came face to heart with the reality that, in the midst of all I dreamed of becoming, I had never really entertained what it meant to be an actually follower of Jesus.  I knew much about Jesus and God and church, but my heart's desire had never really been to be a "child of God."  In an instant, everything changed.  When my heart's desire became to be whoever God wanted me to be, a new desire welled up within me.  It was exciting.  It was the first time I had actually felt a sense of wholeness.  My desire was to be a preacher.  My plan instantly became to be a preacher.  It was scary.

When I made the heart-decision to seek God's way instead of my own, I obediently fell into His plan.  That was 23 years ago.  And it is still my desire, and has become my true passion.  I'm still learning, and my assumption is that I always will be.

When Jesus is the subject, everything else is subject to Jesus.

Who do you want to be(come)?