The fifth milestone in this challenge is an opportunity from Christ that was life-changing. 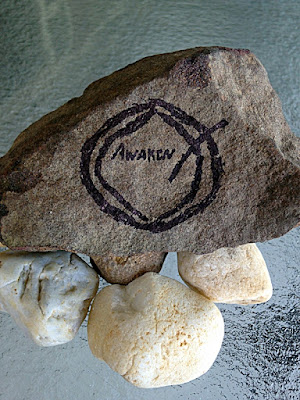 Several years ago, Jesus began a new awakening within me. I began to see that healthy churches don't simply grow, they multiply.  I've learned that this involves intentionality and strategy, but it only truly happens as God adds members to His church.  I began to dream of what it would look like for the church I was serving in to follow God's leading into planting churches that plant churches who plant churches.  I began to dream of teamwork and a network, not for the sake of systems and programs, but to reach people with the love of Jesus Christ.

For over three years these thoughts started to become dreams.  The dreams became more and more clear as a vision.  I just had no idea how they were supposed to unfold.

Summer 2015, quite out of the blue came a call from the "Church Plant Team" of the Louisiana Congregational Ministries of the Church of God (LCMCOG).  I say "out of the blue" because my name really wasn't out there as someone looking to make a change in ministry (although several conversations had taken place with congregations in Florida, and God simply wasn't leading us to any of them). Shelly and I were asked to meet with this Church Plant Team at the North American Convention of the Church of God in Oklahoma City.

Opportunity.  They were seeking a church planter to begin a new mission in one of several communities they had been praying over.  My name had come up (I'm still unsure how, as no one related to me ever mentioned me to them).  Their plan was presented.  I shared my heart and this vision.  We were on the same page, and God was doing the writing.

Opportunity.  Within a couple of weeks, they contacted me and asked me to pray about accepting the call, and their invitation, to come to Louisiana and begin a brand new church mission.  For almost three months, we prayed, fasted, sought wise counsel, and prayed some more.  And then we prayed again.  It was after an especially moving prayer time one morning with a pastor friend of mine, that Shelly and I straight-talked everything... and prayed once again... this time, we both knew this was the move we would be taking.

Jesus provided a new opportunity.  And it has certainly been life-changing!  Moving to Natchitoches, LA, where we knew no one, to plant a new church... new school for the kids... no friends... challenges of having a child with autism... having to raise funds like a missionary, when the majority of established churches don't see you as a missionary... transitioning from preparing for Sunday to preparing to give birth to a healthy church... and, oh so much more!

Right now, we are just over three months to this adventure, and we're definitely seeing God do things that we could not possibly do.  A friend, and mentor, of mine once told me, "Planting a church will be the most difficult, and at the same time, most rewarding thing you ever do."  So far, so true!

There's a lot of opportunities if you know when to take them, you know?  Awaken Church.