Orlando and I have issues 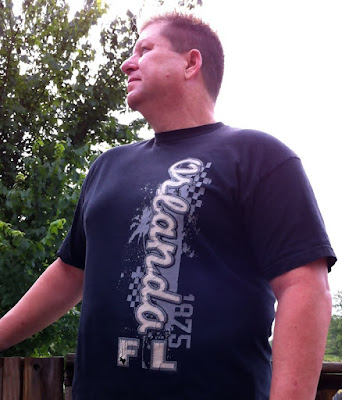 I love Orlando. Definitely a great city to visit, and one of the top places that I would like to live.  Yesterday (June 12, 2016), I awoke as the rest of the world did to reports of a mass shooting at the Pulse nightclub in Orlando.  50 dead, another 53 hospitalized.  My heart is broken.  But not simply for a city that I love... but for all of us.

The shooter allegedly made a 911 call pledging his allegiance to ISIS, a radical extremists Muslim group.  The target was allegedly the LGBT community, as Pulse is known to be a gay bar.

Now, before I briefly address each of the issues this brings up (for me, anyways), I feel I need to begin with the an important reality about who I am.  I am a follower of Jesus. I'm not perfect, but I am being made more and more like Jesus as I surrender to Him.  I have opinions, methods and a personality that, often at the same time, seem conservative to my liberal friends and liberal to my conservative friends.  I tend to try my best to not judge the spirituality of others, unless it blatantly flies in the face of the teachings of Jesus - the ones that He said everything else rides on:

One of the ways I define love is willingness to help someone, to pray with someone, to encourage someone, to meet a need that I can... regardless of whether I agree/approve of their lifestyle or not.  Loving someone isn't the same as agreeing with them. An unfortunate social result of the past couple of decades is the rise of a prevalent thought that if I dare to disagree with someone's lifestyle choice, political affiliation, stance on issues, religious preference, etc., then I obviously don't love them.

Disagreement is not hate. Standing by one's beliefs is not intolerance. It is possible to not love what someone does and still love who they are (which I believe is a person, created in the image of God).

Maybe it's just me, but it often feels like we're being manipulated.  Divide and conquer. From my point of view, we have never been this divided - not even during the Civil War. And now the public outcry is "ENOUGH IS ENOUGH!" and we want real answers!

Gun control.  There are those who are adamant that the answer to the tragedies such as Orlando is stricter gun control.  I personally am not much of a gun guy, but I have my doubts that those who commit such crimes would be deterred by stricter gun laws. Criminals still obtain things that are illegal to obtain - firearms... drugs... human trafficking.  Most mass shootings have taken place in schools, churches, and nightclubs - all places where firearms are generally banned already. Plus, if guns were taken away from the general public, the only ones with them are those who disregard the law... and the government.  Do we want that?

Radical Islam. I've tried to educate myself on the different aspects of Islam. I read a lot of things published by people of that faith who certainly know it better than I do.  When I step back and look at the media from a non-spinned perspective, it appears obvious to me that we are supposed to be in fear.  Masses motivated by fear is never a good thing.  To judge all Muslims by the actions of radical Muslims is the same as judging all Christians by the actions of a group like the Westboro Baptist Church (please don't do that).  The real problem in this area is that your average American can't tell the difference... even when attempts have been made to learn.

Immigration. I'll keep this tied to the issue at hand, as this is the spin I've seen - some are of the opinion that we need to keep all people from Muslim countries out of the United States. I'll simply just point out that it seems that majority of these acts of terror are executed by those born and raised in the United States, as U.S. citizens.  This country has always been known as the great melting pot.  The thing with melting pots is that everything that goes into the pot affects everything else in the pot - often that's good, sometimes it is not.

Gay rights.  Of all of these things, this is the only one that I've really spoken about publicly in sermons, articles, this blog, and other settings. Did you know that it is possible to not accept the new normal and still love those who do... and have intelligent conversations... and eat really great food together?  Maybe the culture has changed, or maybe we're being manipulated and conditioned. None of that matters to me today... because people were murdered.  Today and tomorrow and for years to come, the loved ones of those who were gunned down in Orlando are wrecked with grief and anger and confusion.  While some are feeling the need to publicly stand by the LGBT community, I feel the need to stand by the families and friends of each person... PERSON... no labels... who died in this hate crime of terrorism.

I've never been much on conspiracy theories.  However, over the past several years mainstream media has been teaching us to fully accept the LBGT lifestyle... and to fear radical Islam... and to argue about gun control and immigration.  There is an election at hand that is one dancing monkey shy of being a full-blown circus.  And the timing of this mass shooting in Orlando just feels too ominous for me to overlook.

And all I really want to do is pray for those who lost loved ones in this horrible event.

Good post. The only thing I'd add is that, many (most, virtually all?) Christian churches & organizations have denounced the Westboro church's moronic actions. I've never heard of any Imam denouncing *anything* concerning Islam's terroristic actions. None. If you know of any I'd like to know, because they sure don't get any air time.
4:29 PM

Kate Schaffer said…
Shiny! Excellent post. Of course as you can imagine I don't agree with all of your positions, but you write from the heart. Mike, you gotta dig a little deeper. There's plenty of outcry and public statements by Muslims, but that depends on what news you are catching. Link to follow: http://www.cbsnews.com/news/orlando-shooting-pulse-nightclub-muslims-condemn-attack/

First, good response; I should have done more digging than I did. And, I don't want to get into a head count, because that would diminish the courage of those Imams speaking out. I would say that statements from advocacy groups, CAIR, etc. don't carry much weight with me, because the Imams carry all the authority in the Muslim community. Without them, modern Muslims will always live in the fear of retaliation from the persistent terrorist attacks that other Muslims carry out, whether here or abroad.
7:37 PM

karen tomlin said…
Stephen....I fully agree with your comments on the realities of our lives today! Do you know how much respect I have for you as a leader in God's army? I hope you continue to express yourself as a man called of God.............God bless you and your sweet family, my awesome nephew!