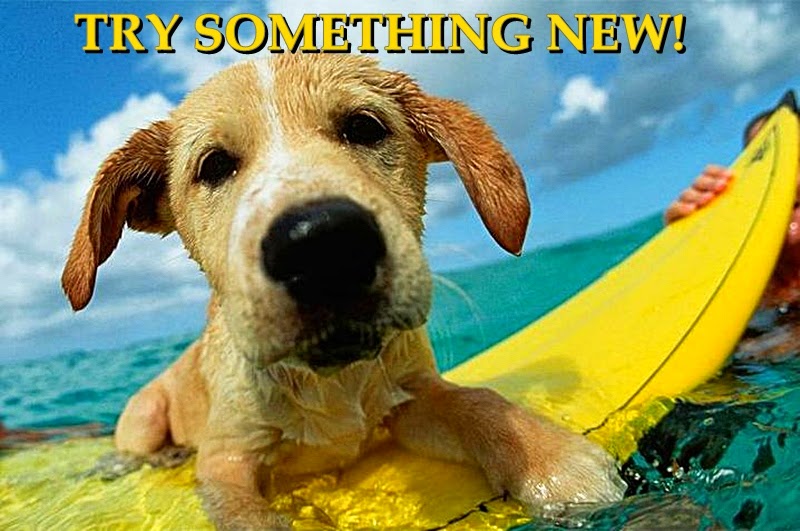 I've been thinking a lot about surfing lately.  Maybe because one of my heroes, Bethany Hamilton, is being advertised for a new "adventure-style reality show."  Or maybe because we've just had a spurt of colder weather, which reminded me that I really don't like cold weather at all.  Most likely, though, I've been thinking about surfing lately because it's time.  It's been a year and a half since I've immersed myself in the love of the ocean... and I'm in need of a salt water fix.

Don't get me wrong.  I'm not really a surfer.

Maybe I could be a surfer if I gave it more time and energy (which is difficult to do in central Arkansas - the waves stay pretty small here).

But I have tried surfing.  The very first time, on a borrowed board, I learned to paddle out.  Then I spent most of the day sitting and trying to learn the timing required to catch a wave.  And when I did catch a wave, I swallowed a lot of ocean trying to hold on to it. At the end of the day, I was exhausted and wet (obviously) and had a little too much sun on my skin, and way too much ocean in my stomach. And it was awesome!

Isn't it often that way when you try something new?  Most of the time there is some level of discomfort, but there's energy charge in trying something new.  I happen to believe that "feeling" is the feeling of personal growth.  When I try something new, I grow as a person.  It's where the phrase, "expand your horizons" comes from.