And I quote, "My parents are right."

At his birthday party, I overheard a conversation between C-man and one of his friends.  They were discussing video games, and the friend mentioned a particular game.  My teenager says, "Whoah... what are you doing playing that game?"  He then went on, "When I was younger, I told my parents that I was at a friend's house and he was playing that game, and they told me that they did not want me to play, or watch that game again... ever!"  As my son's friend looked at him with a dude-do-you-really-listen-to-your-parents? expession, my son answered the unspoken question, "You know what?  I agree with them 100%.  The themes in that game are destructive, and it really does cause you to think about things you shouldn't."

A part of me prays a prayer of thankfulness that my teenager is thinking so clearly about these things... another part is praying, "God, please help him keep this attitude!" 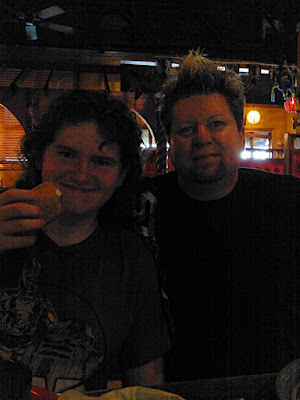